Aim: To strengthen your students’ beliefs in the Resurrection of Christ through lecture, Bible study, and a classroom meditation.

Teaching The Resurrection
Transition to the lecture.

During today’s lesson, we will learn the rest of the story of the Resurrection of Christ and what it means. When we are finished, I will ask you what you think is the most important teaching of this event.

Present the Bible story of the Resurrection of Christ.

Today, we are going to follow the amazing events that happened after Jesus was buried in a cave.

Following the crucifixion, the disciples were terrified. Because they had participated in Jesus’ attack on Rome’s money changers at the temple, they feared the Roman authorities might arrest and crucify them. So they scattered and hid in different homes.

Meanwhile, early Sunday morning, Mary Magdalene went to Jesus’ tomb. She had intended to anoint His body, but when she arrived Mary found the guards missing, the stone rolled away, and Jesus’ body gone. She ran to tell Peter. He and John raced to the tomb, then saw for themselves that it was empty. After they left, Mary stood alone outside the tomb, weeping.

When His disciples realized that Christ was alive, they burst out of their hiding places and hurried to the temple. There they proclaimed the good news to the crowds: “Christ has risen from the dead!”

Of course the Apostles’ preaching was not good news for the Roman and Jewish authorities. They feared people might believe the Apostles, and think that Jesus was a god. If that happened, Christ’s authority would be greater than their own. So it was urgent that this claim be quickly discredited.

Immediately, attacks began against the belief that “Christ has risen.” They continue to this day. Central to these attacks is the guards’ report that the disciples stole Jesus’ body.

Why do you suppose the chief priests told the guards to lie?

This explanation for the empty tomb is highly unlikely. After the Crucifixion, in a state of shock, the disciples feared for their lives. So it is difficult to believe that the terrified disciples had the courage to steal the body. That crime was punishable by death.

(Call attention to the words, “behind locked doors,” and “for fear of the Jews.”)

What were the disciples so afraid of?

Of course the frightened disciples would not choose to further provoke the authorities by violating Jesus’ tomb.

Most amazing, within twelve hours of their discovery of the empty tomb, the Apostles’ behavior changed dramatically. These broken, desolate men, who were hiding and shivering in fear, suddenly became vibrant leaders filled with energy and courage. They were ready to go to the ends of the earth and risk their lives in order to proclaim the good news that Jesus Christ had risen from the dead.

This radical change in the Apostles’ behavior tells us that some incredible event had occurred. Certainly this change was not caused by something so mundane as stealing a corpse. Although people may continue to debate what happened, whatever it was, the event was extraordinary.

Today, reputable Scripture scholars believe that the Apostles’ new courage was inspired by their belief in the Resurrection of Christ. Each evangelist ends his gospel with descriptions of several post Resurrection appearances. During these encounters, Jesus reveals His Father’s message. In fact, the Risen Christ appears to the Apostles a number of times over a forty-day period. It is therefore reasonable for us to believe that the Lord’s appearances are what inspired the Apostles’ amazing transformation.

Meaning Of The Resurrection

What, in your opinion, is the most important teaching of this event? The big question is: what does the Resurrection mean for us today? We have three major answers.

For Christians, the belief that Christ is True God and True Man is basic dogma. Although the teaching is present in these three Bible verses, the Nicene Creed states it most clearly.

Human words fail to express the exact nature of Christ’s risen body. It is a mystery. We only know that it was a new life form that was both material and spiritual. Some gospels show Him eating real food. In others, Christ walks through walls. For lack of a better term, St. Paul calls Christ’s risen body a “spiritual body.”

Give an example of a time your faith caused you to do something good.

When we receive Christ into our lives, usually at baptism, our human personalities are transformed by God’s love. A share of the risen life of Christ now lives within us. When we actively nurture it, we defeat our self-centered natures and become the best persons we can be.

How do you imagine life after death?

When we die, we will join Christ in heaven and be happy forever. This is one of Jesus’ most exciting revelations. When Christians look forward to heaven, the fear of death fades. Until Jesus revealed this message, most people thought that the dead slept forever in a dark, gloomy place.

In a few minutes, we will watch and listen as Mary Magdalene describes her meeting with the Risen Christ through a special hymn composed by Austin Miles. It’s “special” because of the mystical way the song was given to him. What follows is Mile’s account of his experience.

“One day in April 1912, I was seated in the darkroom where I kept my photographic equipment. I drew my Bible toward me and  opened it to my favorite chapter, John 20. It was as though I was in a trance. As I read it that day, I seemed to be part of the scene.  I became a silent witness to that dramatic moment in Mary’s life when she knelt before her Risen Lord and cried, ‘Rabboni.’

“I rested my hands on the open Bible as I stared at the light blue wall. The light faded and I seemed to be standing at the entrance of a (dimly lit) garden, looking down a gently winding path shaded by olive branches. A woman in white with head bowed, hand clasping her throat as if to choke back her sobs, walked slowly out of the shadows. It was Mary Magdalene. When she reached the tomb, she bent over to look in and then ran away.

“Soon, John, in a flowing robe, appeared and looked into the tomb. Then came Peter, who entered the tomb followed slowly by John. As they departed, Mary reappeared and leaned her head upon the tomb and wept. Turning, she saw Christ standing there. So did I. She knelt before Him with arms outstretched, and looking into His face cried, ‘Rabboni.’

“I awakened in sunlight, gripping my Bible with my muscles tense and nerves vibrating. Under the inspiration of the Holy Spirit, I wrote as quickly as the words formed. The lyrics were exactly as they are sung today. That same evening I wrote the tune. It is sung today as it was written in 1912.”

Did the Resurrection really happen? 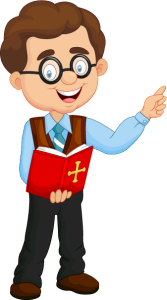 No one actually witnessed the resurrection of Christ. That took place inside the tomb. As a result, each of us must make our choice. Do we believe in the unanimous testimony of the Apostles? Or, do we believe the tale told by the Roman guards?

The Resurrection is our most important belief, because it creates a new possibility for our lives. As each of us opens ourselves more fully to the flow of Christ’s love, we become better lovers.

Gradually, as more and more people open themselves to Christ the world will fill with His love. Human culture will be ruled by peace, justice, and joy. A good hymn to express this teaching is Pass It On by Kurt Kaiser.